Two roads diverged, which one shall you take? One evening during the Hong Kong social unrest, a taxi driver meets people with different political views. As he drives through the city, he gets to know young protesters who take the path less travelled by, and that has made all the difference.

Filmed during the Taiwanese presidential election in 2020, Red Flag illustrates a dystopian future of Taiwan. A man moves back to his homeland with his father and son to start life all over again, yet fear runs deeper than they think. Mixing news material from protests and black-and-white rural landscape, Wu tells a politically charged story about the past and future.

No Flowers or Seasons

A girl struggles to pay for her graduation trip, while her grandmother runs an illegal gambling den at home. Inspired by her own experience, writer-director-actress Yu Chia Hsuan composes a portrait of vulnerable families in Taiwan in her graduation project. The film has received three nominations in Taipei Film Festival.

Singapore and Johor of Malaysia are well connected, but the gaps between identities and cultures are much harder to bridge. While an endangered Malayan Tapir is crossing the road to look for food, Anne gets hit by the reality – she has to decide whether staying in Johor for the elders and child, or working in Singapore for a better future.

KWOK Zune was born in 1985 in Hong Kong. He has worked as an independent film director since graduated from local film school in 2009. His films are grounded with actualities and real characters, which received various awards in local and international competitions, including A Day in a Life (2008), Homecoming (2009), Downstream (2012), Ten Years (feature film, 2015), and Night is Young (2020).

WU Zi-En was born in 1990, Taiwan. He majored in Department of Filmmaking in Taipei National University of the Arts and participated in Taipei Golden Horse Film Academy. His short film Hsiang Yi (2018) was selected for the Vancouver IFF. In recent years, he has focused on the threat of regional politics and totalitarian rule.

No Flowers or Seasons Director

YU Chia-Hsuan was born in 1996 in Taoyuan, Taiwan. She studied acting at the Taipei National University of Art. In 2019, she made the film No Flowers or Seasons as her graduation work, and earned her twin Taipei Film Awards nominations in 2020’s for the Best Actress and the Best New Talent. 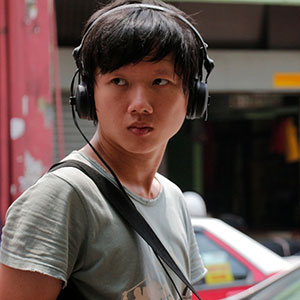 AW See Wee was born in Johor, Malaysia. He is a graduate of the National Taiwan University of the Arts. Currently based in Kuala Lumpur, his works centre around family relationships and social issues.