An automobile accident has caused pawnbroker Tung-Ching to lose the lines of his right palm. His girlfriend Eiko claims that he will no longer be governed by fate now that his palm has become a clean slate. But palm lines are hardly the only things that limit a person’s fate. Tung Ching, Eiko and a mysterious woman named “Know-All” all try to take control of their fates by all means necessary. Filmmaker Hsiao Ya-Chuan’s feature film debut finds a refreshing way to illustrate Taiwan at the turn of the new century, with a character-driven narrative that traverses between tradition and modern life. Produced by Hou Hsiao-hsien, the film was awarded the Best Film at Taipei Film Festival in 2000 and was later invited to Cannes’ Directors’ Fortnight. Despite its buzz at the time, Mirror Image was only screened in Taiwan for two weeks before finding new life with a digital restoration in 2018. 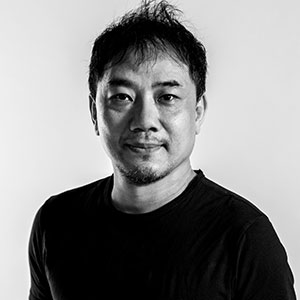 HSIAO Ya-chuan was born in 1967, graduated from the Fine Art Department of the National Institute of Arts. His first feature-length film, Mirror Image (2000) was selected in Directors’ Fortnight at Cannes and won numerous awards, such as the Best First Feature at Torino FF, the Best Film and the Best New Director at Taipei FF. His second feature, Taipei Exchanges (2010) won the Audience’s Choice Award and the Best Music at Taipei FF. His short film which is included in 10+10 (2012) with other Taiwanese directors was selected in the Panorama section at Berlinale. His latest feature, Father to Son (2018) was selected in the Big Screen Competition at IFF Rotterdam. 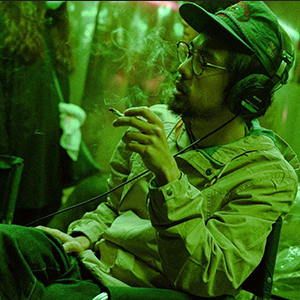 CHAN Kin Long is an actor and a director, graduated from the School of Creative Media, City University of Hong Kong. His talent was discovered by director Fruit Chan in 2013 by starring in The Midnight After. His self-written, directed and starred works I Can‘t Live Without A Dream was awarded the Best Actor at Sapporo International Short FF in 2014. His debut feature Hand-Rolled Cigarette was awarded at the 4th First Feature Film Initiative, and was nominated for the 57th Golden Horse Awards with seven nominations, including the Best New Director. This film was also selected as the opening film at Hong Kong Asian FF, and the closing film at Taipei Golden Horse FF in 2020. 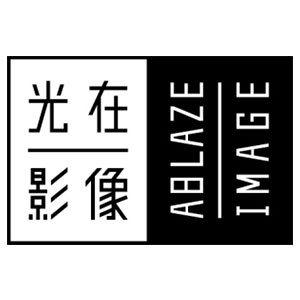 Founded in 2013 in Taipei, Ablaze Image is a Chinese language feature international sales and distribution company dedicated to bringing quality Chinese language films to worldwide audiences. The company is partnering with Atom Cinema Limited and One Production Film Co., the two most active production houses in Taiwan, and the team at Ablaze Image has vast direct experience and reputation in international distribution. The company endeavors to promote Chinese language films on multiple platforms to be brought to global audiences, oversea theatrical releases cover Japan, Korea, Southeast Asia, Europe, and America. Films distributed by the company have been selected and won many awards in major festivals.